I found this yesterday on Zoofs.com, an aggregator of all the YouTube videos being most frequently mentioned on Twitter at any given time. Since I stopped checking Twitter every five minutes (and, in fact, at all) I must confess to having felt something of a gap in my life, one that was apparently being filled by humourous social-media themed musical parodies, Japanese toy dogs and Ronaldinho. Now, thanks to Zoofs, it’s all just one short and essentially meaningless domain name away.

More of these kind of trend aggregators are starting to appear, filtering the plankton of pertinence from the mouth of the fail whale, whose verbal incontinence grows more acute every time Justin Bieber’s PA cuts a muffin. Fflick.com is another good example, distilling movie noise on Twitter down to opinions you might actually set some stock by, while San Francisco design and technology studio Stamen are making a fine art (not to mention business) out of creative data visualisation, with a portfolio of clients that would give the Old Spice Guy a semi. 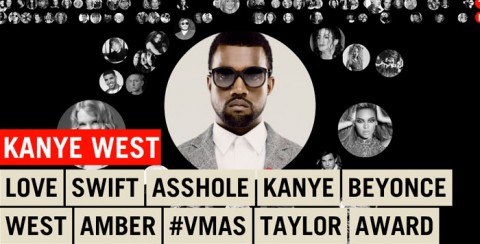 Zoofs, Fflick, Stamen and the Old Spice Guy are just a soupÃ§on of the many interesting things showcased by Google Creative Labs in a presentation seemingly put together by someone whose sole job is to be on their lunch break. On the one hand it’s a source of huge inspiration, a monument to everything current and worthwhile at the intersection of art, life and information technology. On the other, taking for a moment the hat of the interactive movie marketer and placing it squarely on my head, it has the capacity to be profoundly initimidating. This is what we’re competing with for eyeballs these days.

Half these guys are doing this stuff for fun. Creating, collaborating, staying up late and getting up early. These are the kids who paid attention when their parents told them that it’s more fun when you share, who understand that you have a better time when you play together. They’re shaping the way we visualise and experiment with the world, the web, ourselves, each other, stealing the momentum from the toy-hoggers who are all grown up and still haven’t learnt their lesson.

Rant over, I head back to Zoofs. Their main feed seems to be down – I guess it goes with the territory – so I toggle to ‘Picks’ and instantly discover a beautifully animated version of Ken Robinson’s TED Talk on how schools are killing creativity, featuring what feels like a suitable soundbite to wrap whatever this was up:

“Our children are living in the most intensely stimulating period in the history of the earth. They’re being besieged by information and calls for their attention from every platform, from computers, from iPhones, from advertising hoardings, from hundreds of television channels. And we’re penalising them now for getting distracted. From what? Boring stuff.”

« Keep it simple Megamind buys the farm. In a good way. »