This popped up on Slashfilm some time last week:

Ever since it broke the Inception trailer seems to have been getting remixed and mashed up, although this stands out as a favourite of mine – maybe because I just love Ghostbusters so damn much.

Here are a few other personal highlights:

The last of these is just one of countless fusions with other films – see Total Inception, Monsters INCeption, Cloudy with a Chance of Inception and the rest. Take the sum of everything out there and have a mash-up phenomenon that’s starting to give Hitler a run for his money. 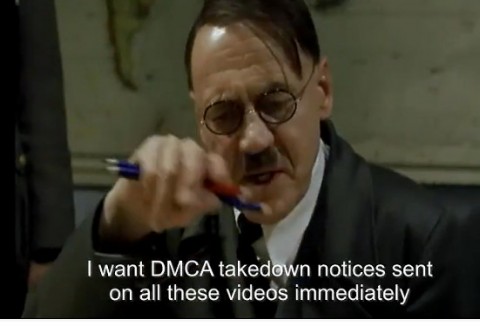 Inception wasn’t the only major 2010 release that found its trailer being tinkered with to high-impact effect. I posted on my personal blog a few months back about what happened when the trailer for The Social Network hit the airwaves, of which this was the most popular example:

The viewer numbers show that these videos aren’t just appreciated by movie geeks with their fickle fingers on the marcato pulse of ‘social media’. To whatever extent they betray the spirit of the film they skew and parody, trailer mash-ups are still for the most part a symptom – and a cause – of box office success.

How long before major studios start demanding trailers cut to enter the zeitgeist as well as selling the movie? Manufacturing memes is far trickier than just reconstituting the best bits, but we’re starting to see that the spoils of success are also proportionately greater.

The good news for all of us is that this will put ever-more emphasis on the production of high-concept, teaser-style trailers, strengthening the argument for originality ahead of a more cautious approach.