GHOST IN THE SHELL

Our work on this live-action re-imagining of the Manga classic started in late 2016 following an approach from Giant Spoon, an agency working on behalf of Paramount. The brief was to develop a unique green-screen photo op for the Tokyo trailer launch, recreating an iconic scene from the film as personalised, shareable video. 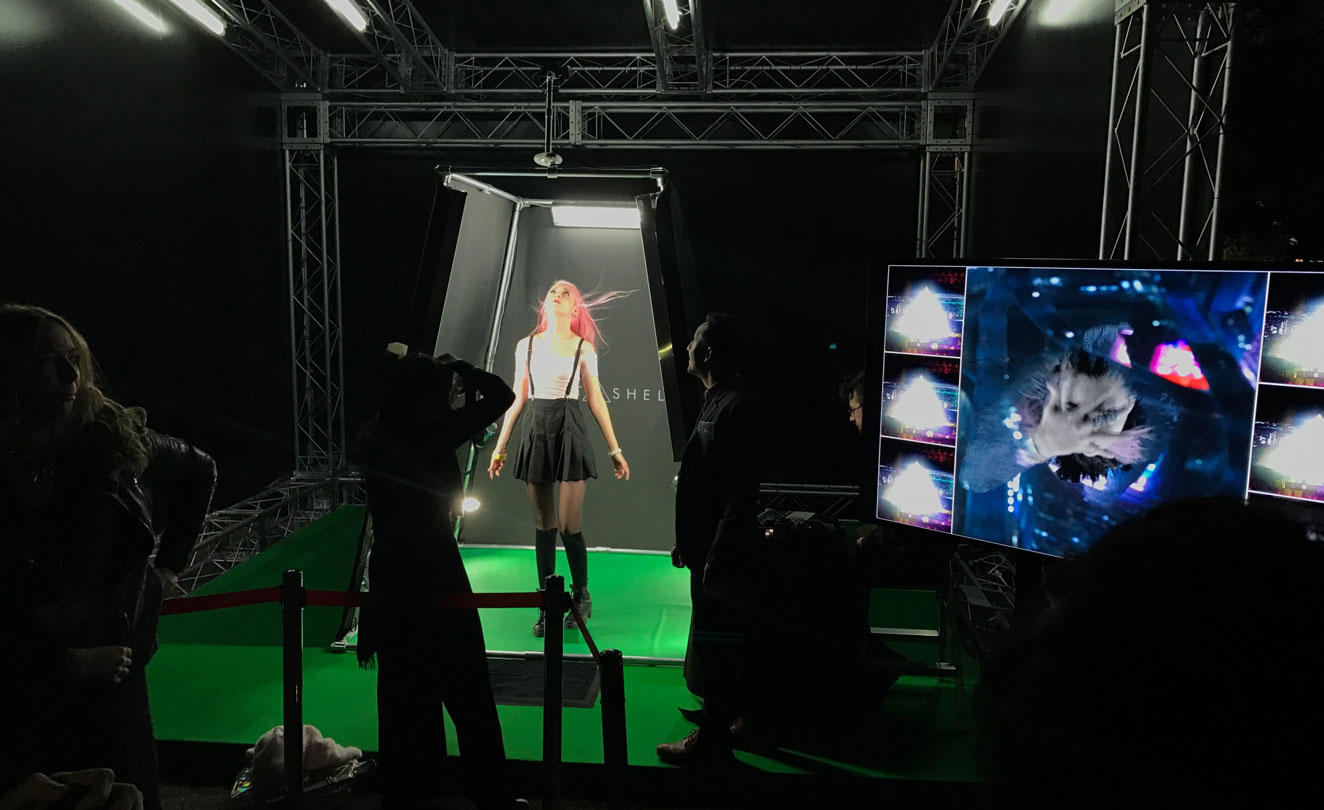 Capturing bird’s-eye view video of a quality high enough to chroma key individual strands of hair presented something of a challenge, even before we started thinking about how to get each guest through in less than sixty seconds.

“Become Major” went on to put thousands of fans, influencers and film-makers in the picture in cities including São Paulo, Hong Kong, Milan, New York and LA.

GHOST IN THE SHELL was also a big campaign for us in the UK, where we worked on a wide variety of print and digital display formats adapted from the international artwork and tool-kits.

See below for a couple of the digital placements, print samples coming soon: 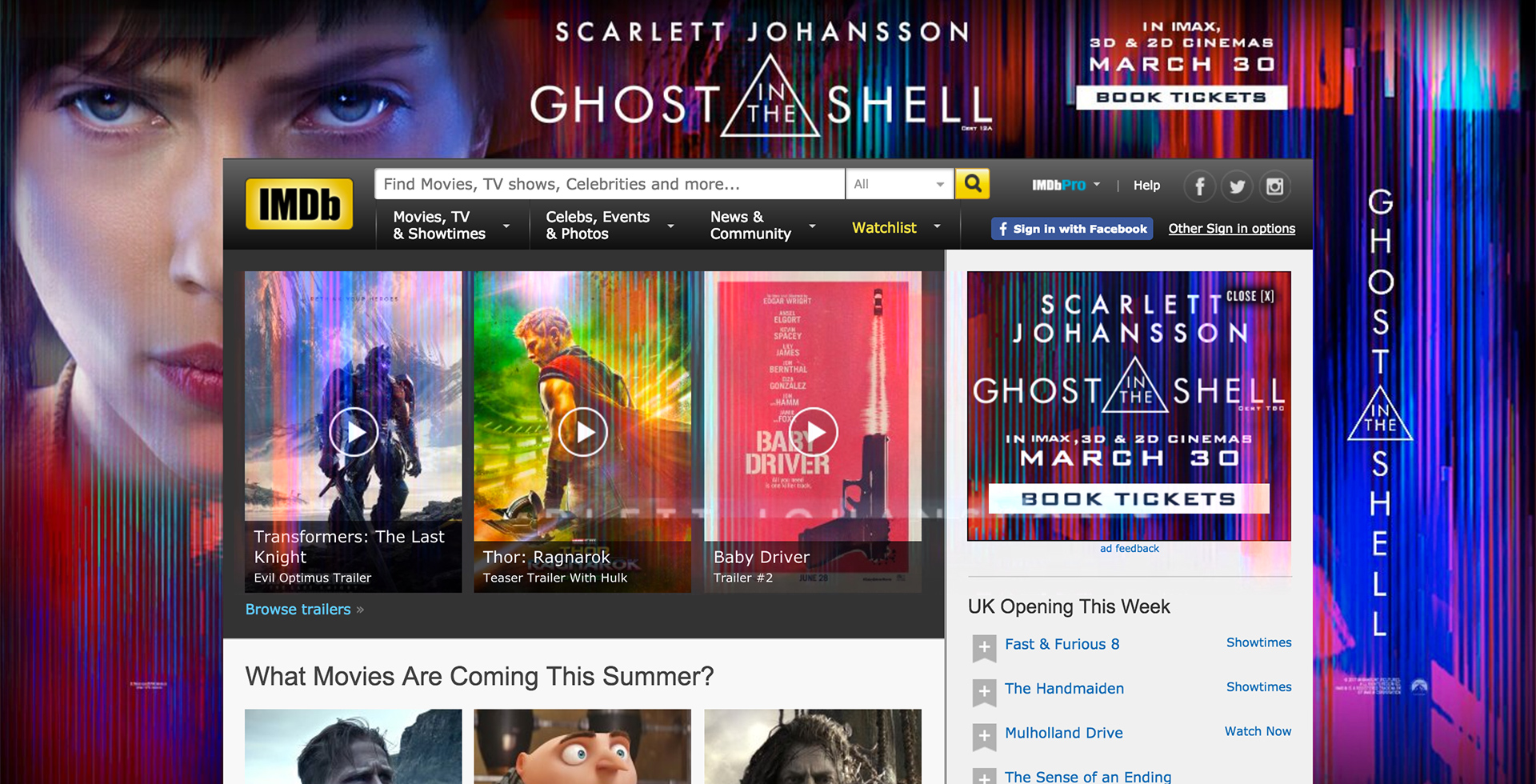 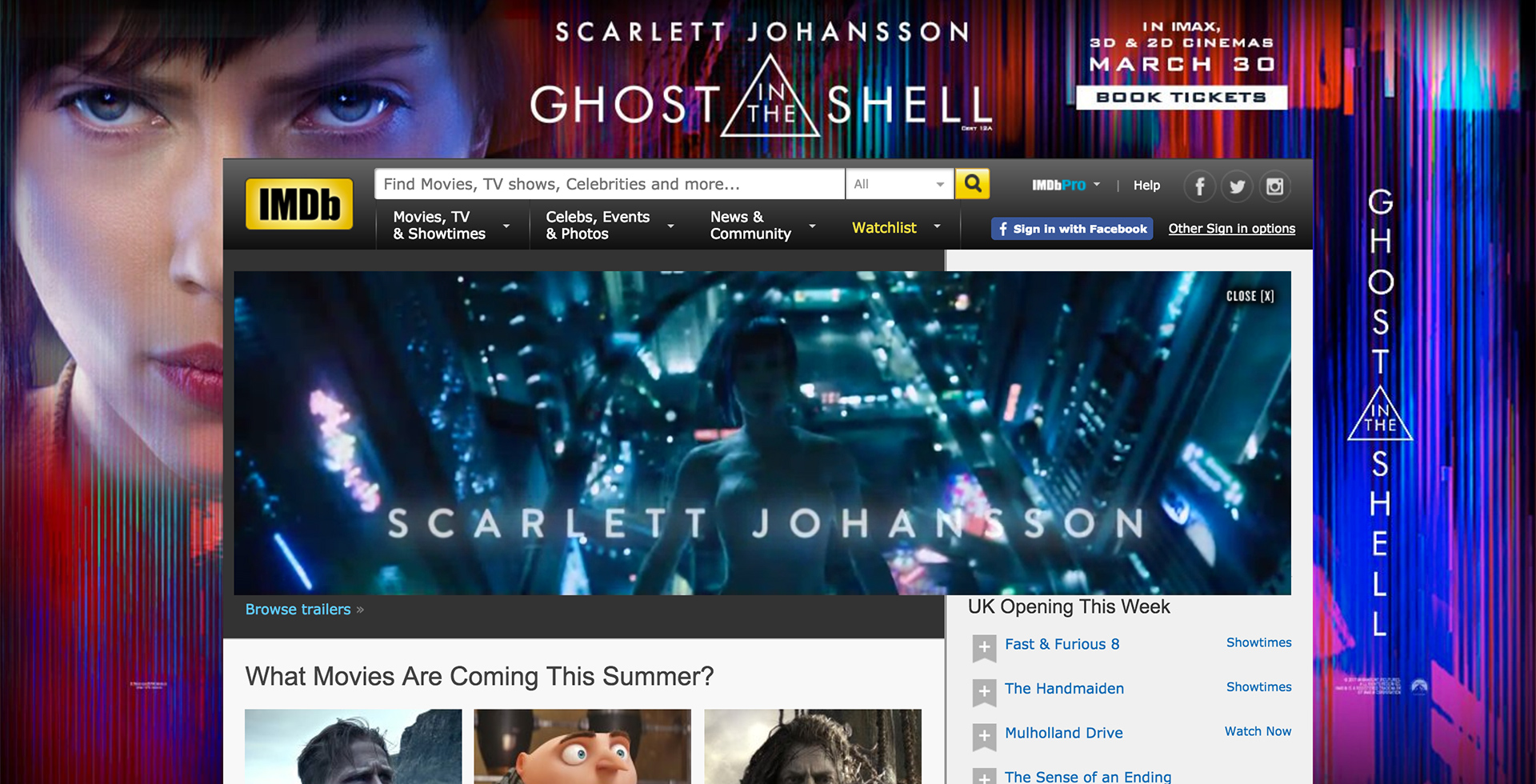