Long before any of us had heard of the MCU there was UNBREAKABLE, M. NIGHT SHYMALAN’s hommage to the comic books he had grown up with. Then came SPLIT, springing its twist-in-the-tale reveal that Shymalan’s own cinematic universe had just expanded.

GLASS gave us the chance to see these intricately conceived characters collide, the promise of which ran through a UK theatrical campaign we were lucky enough to be involved in. Here’s a look at a cross-section of work, including some digital out-of-home and print along with a spread of social and mobile. 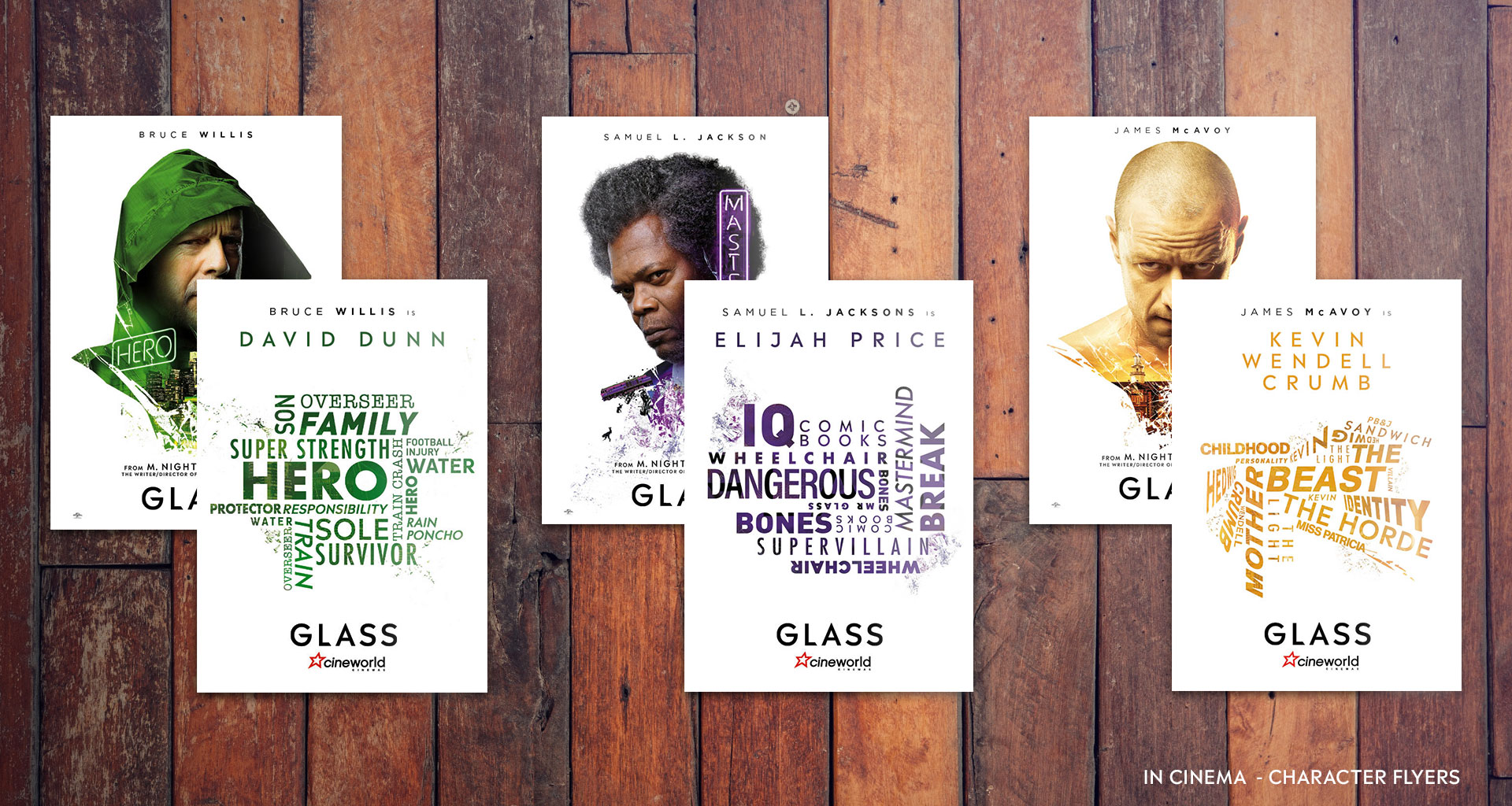