A major milestone of 2017 was being asked in by Turner Broadcasting to present our interactive marketing ideas for two upcoming shows: all-new OK K.O.! Let’s Be Heroes on Cartoon Network and the return of Wacky Races on Boomerang. The brief was to dream up some fun, fresh, attention-grabbing initiatives to grab the attention of kids and their parents on social.

For OK K.O.! we gave fans the chance to rub shoulders with K.O. and his pals at Lakewood Plaza by creating hundreds of ‘Hero Cards’. Parents were invited to share photos of their own little hero for the chance to receive a unique illustration, animated and available to print, download and share.

With over 200 pieces of lovingly personalised content to choose from it’s hard to know which to feature, so we’ve settled for two of the first, created for a couple of members of the extended Glass Eye family:

To raise awareness of the initiative we worked with a great group of parent influencers and ran targeted promos on communities including Netmums and Tots 100. 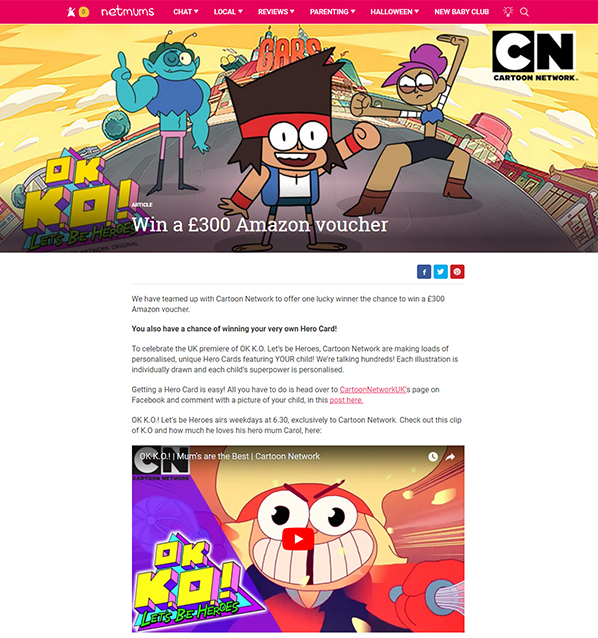 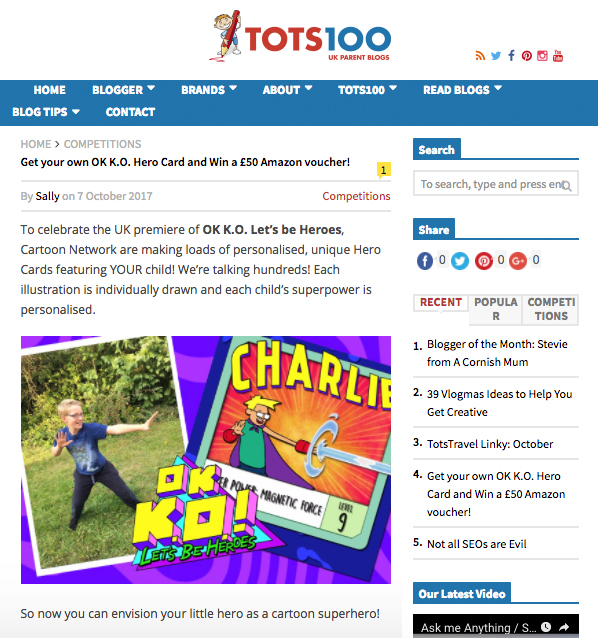 We also created cards for some of the talent behind this and other popular Cartoon Network shows:

@threebarebears ?❄? OK K.O has now hit CN in the UK and we're making Hero Cards to celebrate ? Hope you like yours: https://t.co/wn9mWmMJDm pic.twitter.com/x93AMaKfBQ

OK KO! premieres in the UK on Monday! Welcome to the world of heroes! ?? https://t.co/FUQpEXbn3L

Alongside the Hero Card initiative we produced a broad selection of creative content for organic and boosted posting on Cartoon Network’s social channels. By up-weighting emphasis on some of the adult characters from the show we were able to engage parents and deliver some of the best performing posts:

“Mom” Showcase
Countdowns
That Feeling When…

?️‍ Tag a friend who does this! ? ? #NEW #OKKOLetsBeHeroes pic.twitter.com/IikXBzYoNS

For the much anticipated return of this classic toon we pitted four of the UK’s most popular pooches against each other in a series of ‘races’ hosted on Instagram Stories. Fans and followers could vote for their favourite ‘animal influencer’ using the new polling feature until one of our canine celebrities topped the podium and was crowned “The Fast & The Furriest”:

Again this was supported by a selection of clips, countdowns and other custom formats reinforcing that beneath a shiny new exterior purred the engine of the same vintage classic: