The UK launch of Paramount+ brought the promise of ‘a mountain of entertainment’, as one of the world’s oldest film studios made its distinctive mark on the changing landscape of streamed content.

Glass Eye was appointed to handle the social strand of the campaign, first adapting the launch TVC into a variety of catchy formats then emphasising the strength and breadth of the Paramount+ offering. 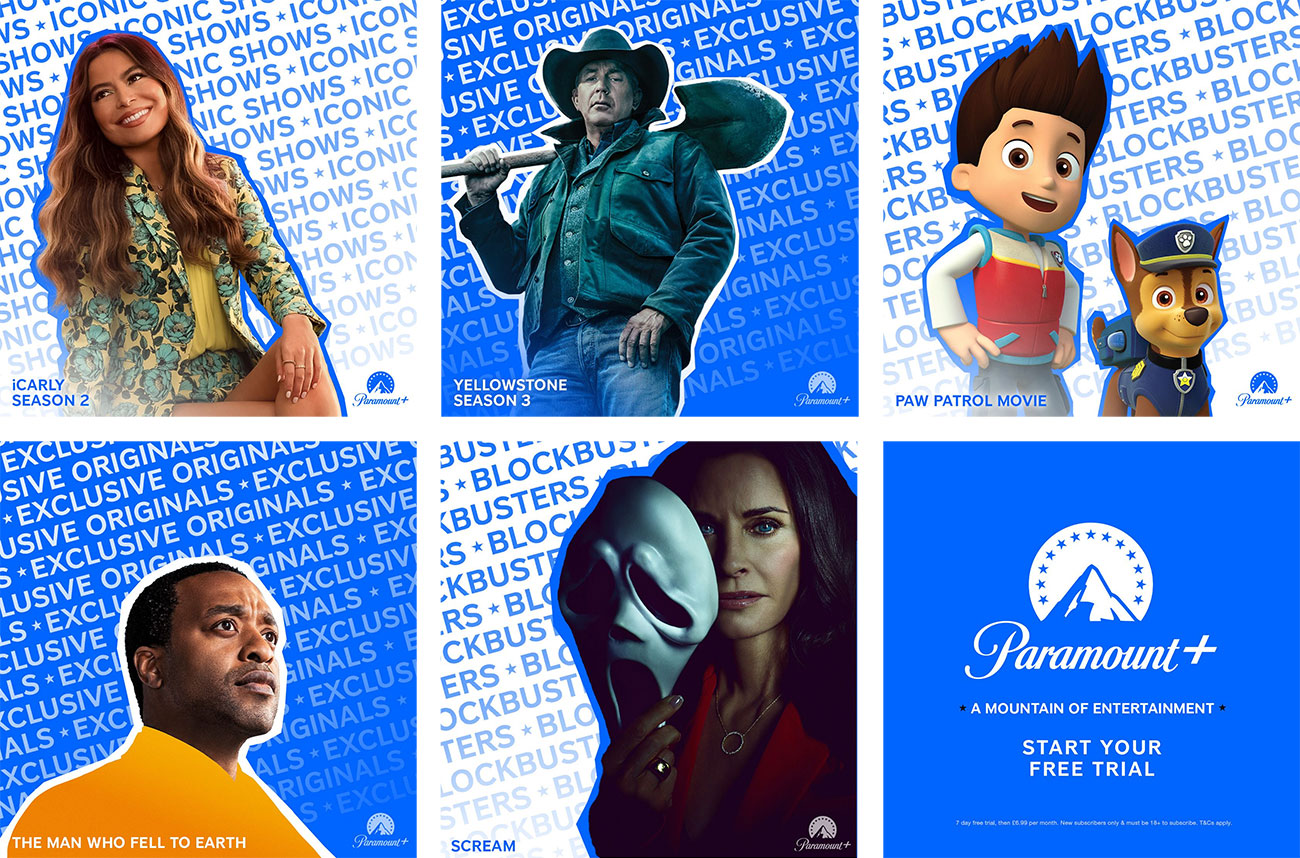