As we leave 2011’s blockbuster season behind us it’s time to showcase some of the work we produced this summer. Unusually, it’s all on one movie. That being the case, there’s plenty to get your teeth into.

Right from the first trailer we knew we wanted to be in the mix on SUPER 8. Back as far as March, while we were still putting our pitch together, we posted here about what it is that makes working on J.J. Abrams’ movies such an intriguing prospect. 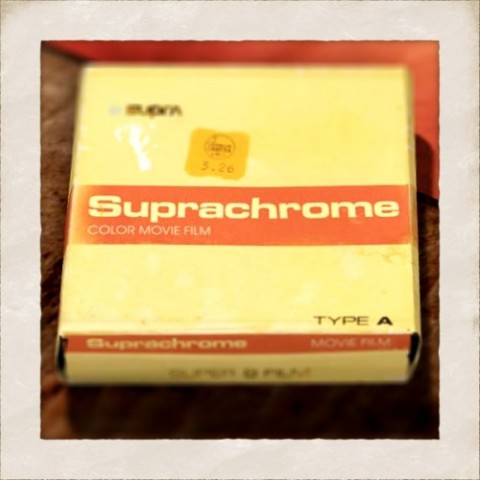 As it was, we ended up putting our very own ‘mystery box’ right at the heart of our pitch. The box of Suprachrome 8mm film (left) was the first item to appear on a desk which itself sat at the centre of the campaign – entitled Gonna Be Mint! – bringing to life the world of Joe and his friends, transporting audiences back to a time when a trip to the cinema meant the adventure of a lifetime. Here are a few highlights… 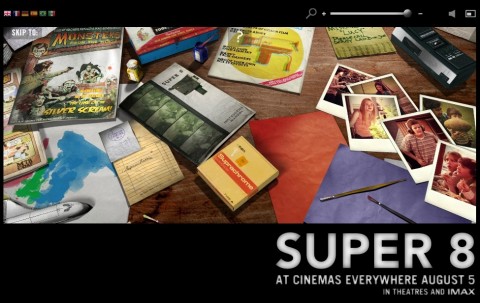 Updated on an almost daily basis in the weeks leading up to SUPER 8’s international release to feature a wide range of web apps, original content and other online initiatives, this dynamic 3D environment was developed in Flash to maintain the broadest possible accessibility. Creatively complex and technically accomplished, it works hard to evoke a sense of both the scale and intimacy characterising the film itself. 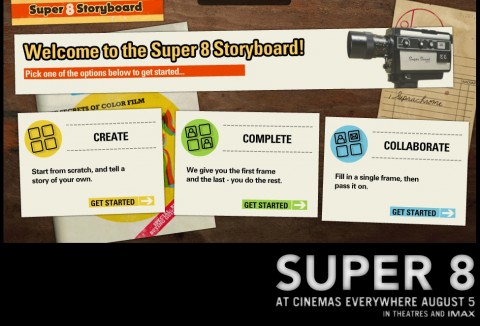 Super 8 Storyboard lets you create your own storyboards from scratch, fill in the gaps between two ready-made panels, or collaborate with friends creating a story frame-by-frame. The super-simple drag-and-drop interface gives you a large selection of existing story elements to choose frome, or you can create your own stuff from scratch using the pencil and eraser tools. 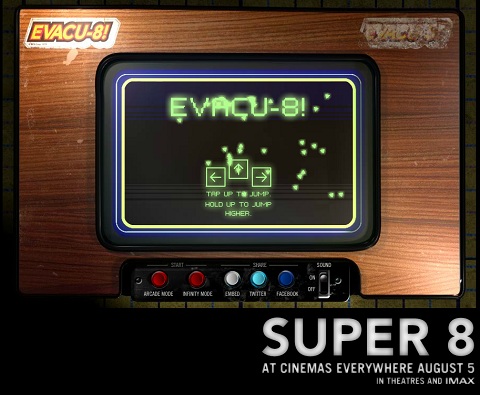 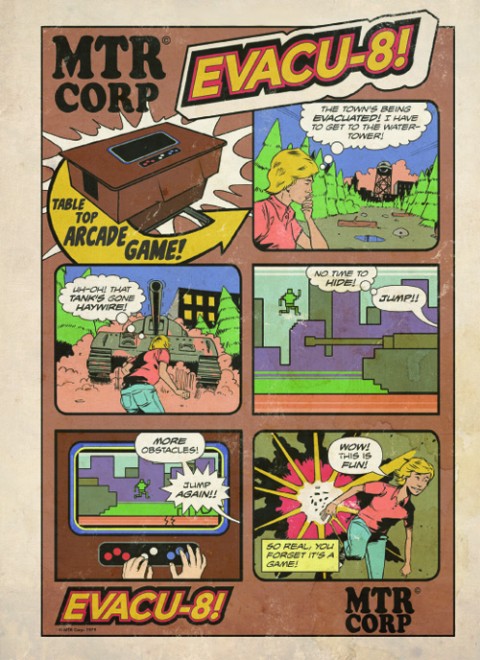 Playing on the classic table-top arcade games of the era, EVACU-8! uses authentic vector display graphics to bring you an experience â€˜so real, you forget it’s a game!’ 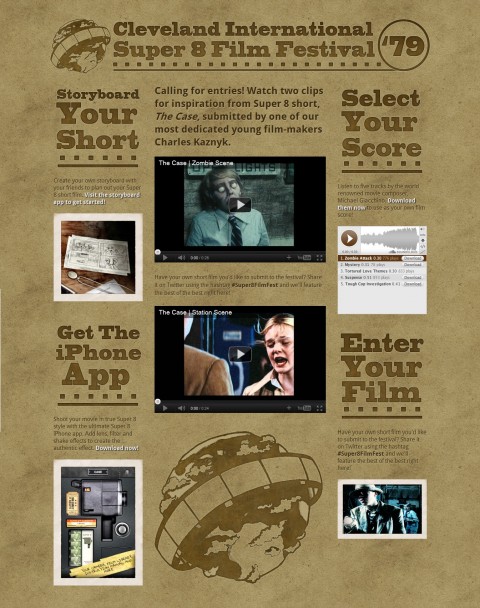 Providing a focal point for various apps and content released through the course of the campaign, Super 8 Film Fest is conceived to give fans everything they need to go out and have a film-making adventure of their own. It even features a couple of clips from the kids’ own film, The Case, by way of inspiration, of which this is one:

Monsters from the Morgue

Created by the same team we put together for True Grit: Mean Business, Monsters from the Morgue was imagined as the inspiration for the kids’ 8mm short, The Case. 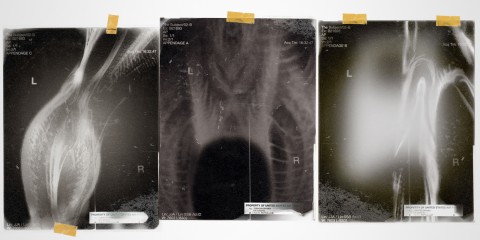 Towards the end of the campaign we updated another of the objects on the desk, the ‘Busy Bee Tool Box’, to feature a selection of artefacts broadening out the film’s back-story, of which the mysterious X-rays above are just one.

It feels good to finally close the book on what was a huge campaign for Glass Eye and, like the film itself, one that’s very close to our hearts.

International online campaign to promote the theatrical release of SUPER 8