WE WANT EVERYTHING LOADED!

With the first of 2012’s summer blockbusters upon us, it’s been all hands on deck for the launch of Trailer Blaster, an interactive trailer-based game for BATTLESHIP.

Available in seven languages and counting, the game’s already been deployed across a number of the key overseas markets accounting for BATTLESHIP’s $58m international opening bow.

Using the latest trailer as the foundation, we’ve added a layer of Guitar Hero style game-play that brings the action-packed footage to life. Adding interactivity to fast-cut movie trailers without interrupting the action presents an interesting challenge, one that we think our spuriously entitled ‘G-Trailer’ addresses just swimmingly.

The quick-fire experience has been adapted for various placements and formats, maximising its reach off the back of wider paid media activity and social inventory: 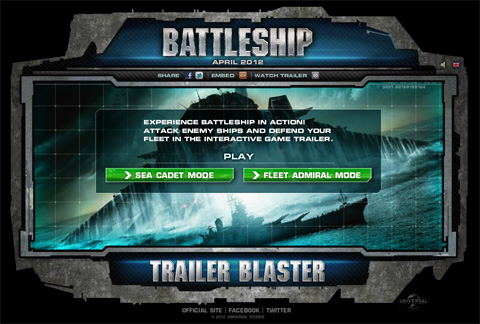 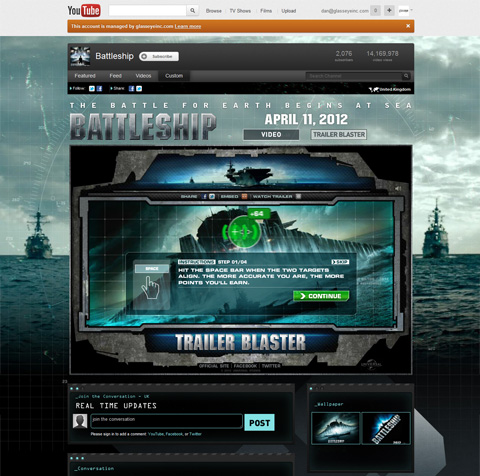 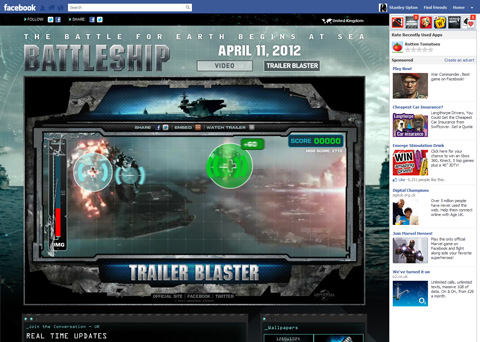 All that remains is to hail our dev team of Georgi, Immo and Tom; Cat and Steve at Raben Media; and, of course, Chris and Abi at Universal!