The first was a topical idea to create a parody of the hugely popular Facebook ‘Look Back’ videos for none other than Optimus Prime. With just a day to turn it around, we needed someone with a wry sense of humour and a canny eye for detail, the kind of person who does this sort of thing for fun but finishes it like a pro.

That person was Benny Crime, who gamely jumped aboard and worked with us to produce the following piece:

Many likes, shares and comments later it feels like a job well done, and an indication that studios are making reactive marketing a reality, bringing to life content ideas that take the message to wherever the audience happens to be focused.

The second was a dynamic visualisation of tweets posted after a special preview screening Paramount organised, to which the brightest and best social influencers and celebrities were invited.

We showcased the key tweets within the T4 logo for all to peruse. Among the first to see the film and post their pithy reviews online, the audience had a combined Twitter following of over 25 million and their tweets put #transformersreview the number one trending topic in the UK. 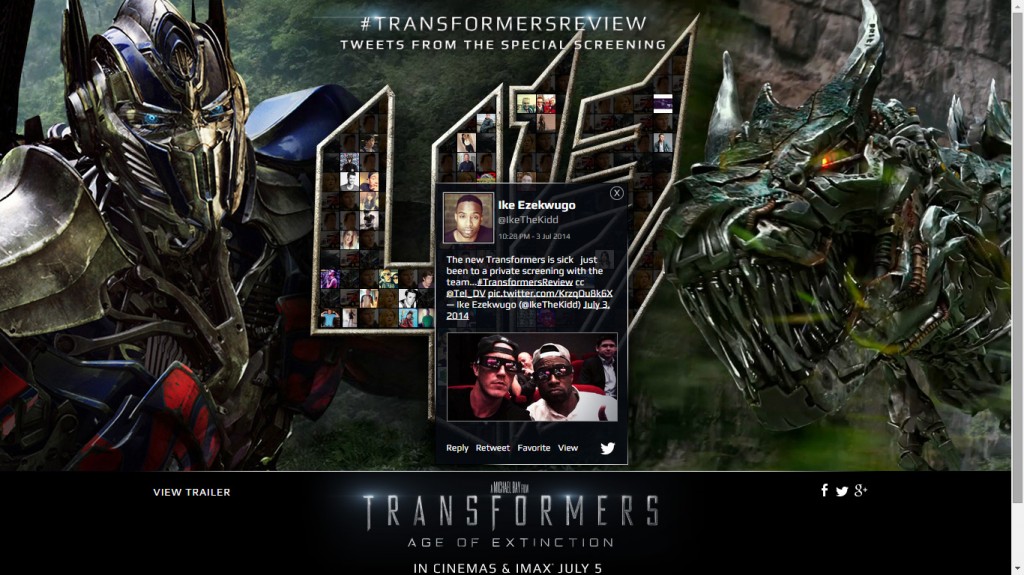 Optimus Prime's Facebook 'Look Back', a parody video turned around on a sixpence.