We dipped into “a new genre of horror” with the INTL and UK digital campaign for UNFRIENDED.

Appropriately for a film that unfolds entirely over a teenager’s computer screen, our paid media creative focused on drawing people into the tangled web of lies and revenge told through chat windows, YouTube videos and Skype footage. 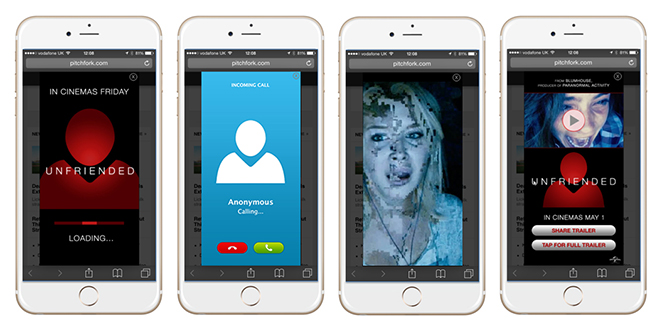 The UK commissioned us to create a selection of original social content pieces to go out on their social channels and support a promoted Twitter trend on day of release. With the brief to major on the shock comedy, these allowed us to be a bit more playful…

Smooth or with extra juicy bits? Will you #BinYourBlender after watching #Unfriended?

Examples of our creative can be seen below:

Cross my heart, hope to die, I’ve never told my BFF a lie. #Unfriended is in cinemas now. pic.twitter.com/xwUokFzv4M 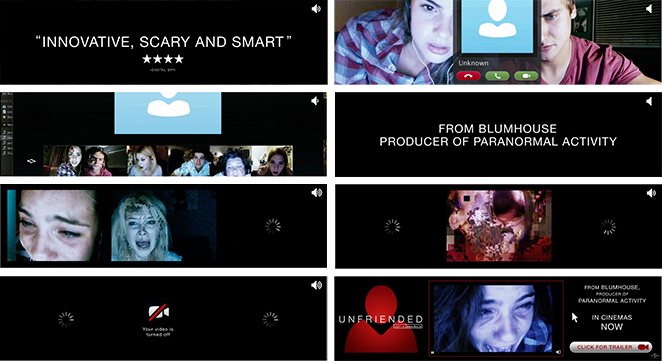